Base oil SN 500 the most widely used base oil. SN 500 is a light grade base oil at the upper end of the specifications for Grade I base oils. They are mainly used in lubricant production.
It is a Group I base oil that has undergone solvent refining and dewaxing processes. It is the workhouse ingredient for formulators and blenders of lubricants for passengers and commercial vehicles, as well as industrial applications. This oil has no impurities or compounds that can have an adverse effect on the quality of the oil.

Originating in the 1930s, the least refined type which is produced by Solvent Refining. It usually consists of conventional petroleum base oils. An improvement to the refining process in the 1960s called hydro-treating made this base oil more stable, less reactive, and longer-lasting than the earlier base oils.

API defines group I as “base stocks contain less than 90 percent saturates and/or greater than 0.03 percent sulfur and have a viscosity index greater than or equal to 80 and less than 120”.

Uses of Base Oil SN 500:
base oil Group I according to the American Petroleum Institute (API), which contains less than 90 percent saturates and has a viscosity index greater than or equal to 85 and less than 120.

In RAHA oil refinery diverse grades of Base Oil are produced by means of solvent refining paraffinic crude oil as below, with modern production facilities and using high-quality raw materials.
Base oils are used to manufacture products including motor oil, Industrial oil, Grease, and etc. 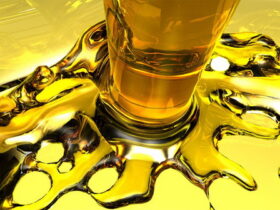 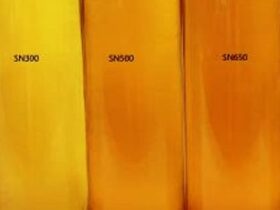