Di-ammonium phosphate (DAP) fertiliser. It is the most popular phosphatic fertiliser because of its high nutrient content and good physical properties. The composition of DAP is 18% Nitrogen and P2O5 46%. Within the same facility, Hindalco can also produce nitrogen phosphorus potassium (NPK) complexes as value-added downstream products. It can manufacture NPK complexes such as 10:26:26, 12:32:16 and 20:20:0.

The traditional fertiliser used in planting of maize and wheat in Rift Valley is DAP. It contains 18 per cent N and 46 per cent P2 O5. In the current season, DAP had not arrived in stores of National Cereals Board by the time farmers were planting. The extension officers were persuading farmers to use the available NPK (23:23:0) that contains 23 per cent N and 23 per cent P2 O5 arguing that it is better than the DAP because it does not increase soil acidity. The farmers objected arguing that they wanted to use the fertiliser they trusted — DAP. Actually, NP fertiliser is more concentrated in nitrogen but weaker in phosphate. Since the farmers have been using DAP over the years, it is unlikely that the soils require such a fertiliser. To clear the air, a simple test called phosphate fixation capacity can indicate whether the soil requires phosphorus fertilisation every season. The argument by extension officers that the NPK fertiliser is superior to DAP because the latter does not acidify soils is highly debatable. 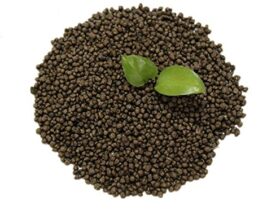