The octane rating is a measure of a fuel’s ability to avoid knock. Knock occurs when fuel is prematurely ignited in the engine’s cylinder, which degrades efficiency and can be damaging to the engine. Knock is virtually unknown to modern drivers. This is primarily because fuels contain an oxygenate that prevents knock by adding oxygen to the fuel. This oxygenate is commonly referred to as octane.

At most retail gasoline stations, three octane grades are offered, 87 (regular), 89 (mid-grade), and 91-93 (premium). The higher the octane number, the more resistant the gasoline mixture is to knock. The use of higher octane fuels also enables higher compression ratios, turbocharging, and downsizing/down speeding—all of which enable greater engine efficiencies and higher performance. Currently, high-octane fuel is marketed as ‘premium,’ but automotive manufacturers have expressed interest in raising the minimum octane pool in the United States to enable smaller, more efficient engines. Doing so would increase vehicle efficiency and lower greenhouse gases through decreased petroleum consumption.

The key difference between regular and premium gasoline is octane – the ability of the fuel to prevent engine detonation or “knock.” Uncontrolled knocking can cause severe engine damage and expensive repairs. Premium gasoline typically has an octane number four to six points higher than regular – 93 versus 87 for example.

Contrary to popular belief, premium grade fuel does not contain more power than regular. The energy content of premium gasoline is actually a little lower than that of regular due to its additional anti-knock additives.

The belief that high-octane fuel offers more power came about because automakers require premium gasoline in high-performance engines. However, it is not the fuel that provides the added power, but the engine’s “state-of-tune,” which involves a number of mechanical design factors. When these elements are optimized to produce more power, the possibility of engine knock increases, and with it the need for premium fuel to prevent engine damage and an expensive auto repair bill.

All regular grade gasolines in any given area use the same base fuel, as do all premium grade gasolines. The only differences between fuel brands is the “secret sauce” of additives that are blended with the base fuel. These additives serve many purposes, but a major one is the prevention of carbon deposits inside the engine. These deposits reduce performance and fuel economy, and can lead to cold-starting issues and other driveability problems.

Since 1995, the Environmental Protection Agency (EPA) has required a minimum level of deposit control additives in gasoline. However, eight major automakers felt the EPA didn’t go far enough to keep engines running cleanly. In 2004, they released a TOP TIER (TM) gasoline standard that provides superior deposit control by requiring more and better additives. TOP TIER certification also mandates that the enhanced additives be used in all grades of fuel marketed by a company, and that those fuels be sold at all of the company’s retail locations in the U.S. and Canada. 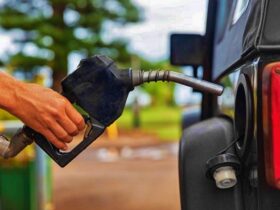 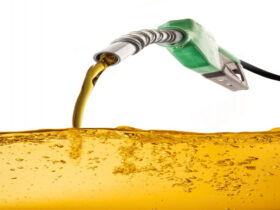 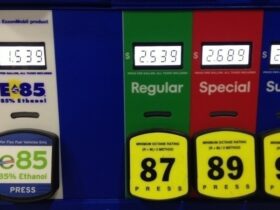